A Grown-up Kind of Pretty – #tellafriend 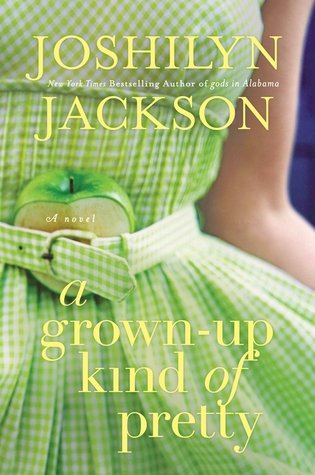 A Grown-up Kind of Pretty – #tellafriend

A GROWN-UP KIND OF PRETTY is a powerful saga of three generations of women, plagued by hardships and torn by a devastating secret, yet inextricably joined by the bonds of family. Fifteen-year-old Mosey Slocumb-spirited, sassy, and on the cusp of womanhood-is shaken when a small grave is unearthed in the backyard, and determined to figure out why it's there. Liza, her stroke-ravaged mother, is haunted by choices she made as a teenager. But it is Jenny, Mosey's strong and big-hearted grandmother, whose maternal love braids together the strands of the women's shared past–and who will stop at nothing to defend their future.

Jackson's latest novel, THE OPPOSITE OF EVERYONE, pubs on February 16, 2016!

New York Times Bestselling novelist Joshilyn Jackson is the author of gods in Alabama, Between, Georgia, The Girl Who Stopped Swimming, Backseat Saints, A Grown-Up Kind of Pretty, and most recently, SOMEONE ELSE'S LOVE STORY. Her books have been translated into a dozen languages, won SIBA’s novel of the year, twice been a #1 Book Sense Pick, and three times been shortlisted for the Townsend prize. A former actor, Jackson reads the audio versions of her novels; her work in this field has been nominated for the Audie Award, was selected by AudioFile Magazine for their best of the year list, and garnered two Listen Up Awards from Publisher’s Weekly.

She lives in Decatur, Georgia with her husband, their two children, and way too many feckless animals.