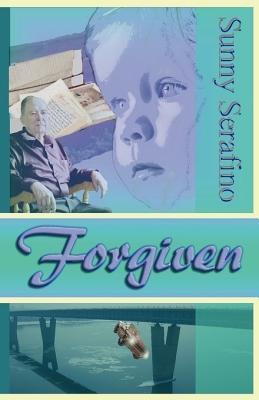 The mystery of God can sometimes be found in a simple conversation with a stranger… In the sleepy little town of Gadara, Florida, Alice Waterson arrives home from college, pregnant and dumped by her boyfriend. Her mother Karen Waterson is reeling from the news that her ex-husband is expecting a baby with his new wife and that his financial woes will mean Karen selling her and Alice's home. Across town, A.J. Handley is staving off loneliness and wondering if the chest pains he's been having are serious. Heading for Miami, a young man struggles with his choice of rejecting the woman he loves and the baby she carries. And at the Gadara Twin Oaks B&B, innkeeper Sarah Jane is not quite sure what to make of the stranger who arrives after hitch-hiking his way into town. Sunny Serafino weaves a haunting tale of mystery, faith and the intertwining of lives as each of her characters faces their own problems and dilemmas, seeking answers from God. They find that none of the answers come immediately or easily, but that the final answer may rest in the actions of another, hidden for two generations. A secret so buried that only Divine Intervention could possibly reveal it.

Sunny Serafino knew she wanted to write fiction when she became captivated by the written word at an early age. Having parents who read vociferously didn't hurt. But the vagaries of life interfered; there were children to raise and a living to make, sometimes entirely on her own. But, she never let her dream die. Writing about courageous women because she is one, is the basis for all her novels. Ms. Serafino takes her readers into the hearts of her characters, wending through life as it comes, giving hope to those in need and adding generous measures of strength and faith as the story unfolds. In the past fourteen years, she has written ten novels, Second Chances, A Grandma for Christmas, Echoes, Secrets, Beyond Innocence, Never Look Back, Pure Gold, Nobody's Child, Shadows in the Heart, Forgiven and Finding Amy, which have been eagerly read by a supportive and appreciated following. Three of her novels have received awards. A Grandma for Christmas was granted first place recognition by Florida Writer's Association in 2008; Secrets received a literary award from the National League of American Pen Women in 2005 and Echoes, received a literary award from Florida Writer's Association in 2004. Her only nonfiction work, Following Daddy, is a humorous memoir. She is self-taught and amazed and proud to be teaching creative writing at a community college and chairing a local writer's critique group. Helping budding writers is one of the nicest outreaches she can think of. A professional speaker with Toastmaster's training; she speaks to women at church groups, women's clubs and civic organizations on topics such as inspirational and motivational subjects, family history and writing as a career. Associated with several libraries and writer's organizations in the State of Florida, she has presented workshops and presentations as part of her outreach programs. Ms. Serafino lives in Avon Park, Florida with her husband Lenny.

What did you think of this book? – #tellafriend

What book would you share with a friend this week?