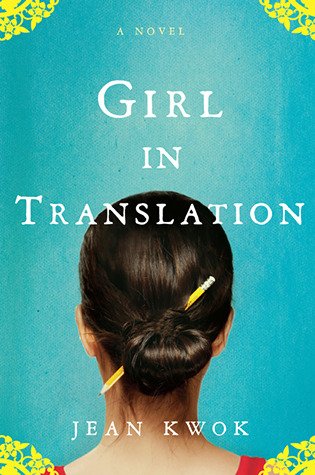 When Kimberly Chang and her mother emigrate from Hong Kong to Brooklyn squalor, she quickly begins a secret double life: exceptional schoolgirl during the day, Chinatown sweatshop worker in the evenings. Disguising the more difficult truths of her life like the staggering degree of her poverty, the weight of her family’s future resting on her shoulders, or her secret love for a factory boy who shares none of her talent or ambition. Kimberly learns to constantly translate not just her language but herself back and forth between the worlds she straddles.

Through Kimberly’s story, author Jean Kwok, who also emigrated from Hong Kong as a young girl, brings to the page the lives of countless immigrants who are caught between the pressure to succeed in America, their duty to their family, and their own personal desires, exposing a world that we rarely hear about.

Written in an indelible voice that dramatizes the tensions of an immigrant girl growing up between two cultures, surrounded by a language and world only half understood, Girl in Translation is an unforgettable and classic novel of an American immigrant-a moving tale of hardship and triumph, heartbreak and love, and all that gets lost in translation.

Jean Kwok immigrated from Hong Kong to Brooklyn when she was five and worked in a Chinatown clothing factory for much of her childhood. She won early admission to Harvard, where she worked as many as four jobs at a time, and graduated with honors in English and American literature, before going on to earn an MFA in fiction at Columbia. In between her degrees, she worked for three years as a professional ballroom dancer for Fred Astaire Studios in New York City.

Her debut novel Girl in Translation (Riverhead, 2010) is about a gifted immigrant girl who lives a double life between school and sweatshop. It was a New York Times bestseller, has been published in 17 countries and chosen as the winner of an American Library Association Alex Award, a Chinese American Librarians Association Best Book Award, an Orange New Writers Book, a National Blue Ribbon Book, a John Gardner Fiction Book Award finalist, a Barnes and Noble Discover Great New Writers Pick and an Indie Next Pick, among other honors. It was featured in The New York Times, USA Today, Entertainment Weekly, Vogue and O, The Oprah Magazine, among others. Girl in Translation has been assigned in universities, colleges and high schools across the world.

Her second novel Mambo in Chinatown (Riverhead, 2014) is about a young woman torn between her family duties in Chinatown and her escape into the world of ballroom dancing. It will be available on June 24, 2014.

I gave this book 5 stars. If you read this book what did you think of it? What book would you #tellafriend about this week?