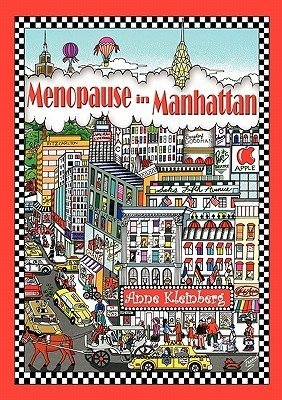 Welcome to New York City, and the world of publishing, interior design, fashion and food.

As Elie Sands turns 50, she seems to have a charmed life. Executive editor of a top design magazine, she’s married to a furniture tycoon and the mother of two accomplished young women. She’s an avid cook, lives on Central Park West and owns a house in the Hamptons.

Syd Sorenstein is Elie’s mentor and upstairs neighbor. A chic, opinionated financial advisor, widowhood has not extinguished her lust for living. A workout fanatic and world traveler, Syd does exactly as she sees fit, with little interest in what others think.

Michael Delmonico, partner of Daniel, is entertaining and flamboyant. He is also self-centered and hopelessly disorganized, but has an eager list of clients waiting for his interior design services. Michael is Elie’s dearest friend, and Syd’s worst nightmare.

Life is good. Or is it? Elie makes a distressing discovery, Syd’s reputation is threatened and Michael gets shocking news from his past. Instead of easing comfortably into middle-age, each is forced to deal with unforeseen challenges, unresolved issues and reassessing what lies ahead.

Anne (Ann) Kleinberg came to the writing of Menopause in Manhattan through the back door, so to speak.

Her friend and editor Karine Wagemakers Kahn suggested that she write a murder mystery, with a cook at the center. She said “What? Me? Write a book?” Karine answered yes and insisted – and an idea was hatched.

The murder mystery became a story about a 50-year-old woman who goes through some major changes in her life. No cook, no murder and no mystery. Well, maybe a little.

Anne grew up in Laurelton, Queens New York. She studied liberal arts at the City University of New York and got a Bachelor's Degree. Her junior year was spent on the overseas program at Tel Aviv University and that's what sparked her love of Israel. She earned her degree in Psychology

A few years later, she went back to school (Fashion Institute of Technology) in Manhattan and earned a degree in interior design.

Anne pursued her design career, eventually opening ARK-I Design in New York City. She developed a specialty in health care and when all was going just perfectly (she had a condo, a car AND a parking spot in Manhattan) she decided to chuck it all and try life in Israel. Call it epiphany, call it lobotomy, but she packed up her shih tzu and her drafting table and off she went.

A restaurant review she wrote for the Jerusalem post led to a career as a lifestyle journalist. She wrote about food and people and all good things. That led to editing and translating books. And that led to cookbooks. She's written four to date, and Menopause in Manhattan is her first novel.

What did you think of this book? #tellafriend

What book would you recommend to a friend this week?