Rebecca – If you loved a book 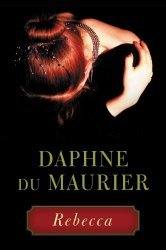 Rebecca – If you loved a book

The novel begins in Monte Carlo, where our heroine is swept off her feet by the dashing widower Maxim de Winter and his sudden proposal of marriage. Orphaned and working as a lady's maid, she can barely believe her luck. It is only when they arrive at his massive country estate that she realizes how large a shadow his late wife will cast over their lives–presenting her with a lingering evil that threatens to destroy their marriage from beyond the grave.

If Daphne du Maurier had written only Rebecca, she would still be one of the great shapers of popular culture and the modern imagination. Few writers have created more magical and mysterious places than Jamaica Inn and Manderley, buildings invested with a rich character that gives them a memorable life of their own.

In many ways the life of Daphne du Maurier resembles that of a fairy tale. Born into a family with a rich artistic and historical background, the daughter of a famous actor-manager, she was indulged as a child and grew up enjoying enormous freedom from financial and parental restraint. She spent her youth sailing boats, travelling on the Continent with friends, and writing stories. A prestigious publishing house accepted her first novel when she was in her early twenties, and its publication brought her not only fame but the attentions of a handsome soldier, Major (later Lieutenant-General Sir) Frederick Browning, who married her.

Her subsequent novels became bestsellers, earning her enormous wealth and fame. While Alfred Hitchcock's film based upon her novel proceeded to make her one of the best-known authors in the world, she enjoyed the life of a fairy princess in a mansion in Cornwall called Menabilly, which served as the model for Manderley in Rebecca.

Daphne du Maurier was obsessed with the past. She intensively researched the lives of Francis and Anthony Bacon, the history of Cornwall, the Regency period, and nineteenth-century France and England, Above all, however, she was obsessed with her own family history, which she chronicled in Gerald: a Portrait, a biography of her father; The du Mauriers, a study of her family which focused on her grandfather, George du Maurier, the novelist and illustrator for Punch; The Glassblowers, a novel based upon the lives of her du Maurier ancestors; and Growing Pains, an autobiography that ignores nearly 50 years of her life in favour of the joyful and more romantic period of her youth. Daphne du Maurier can best be understood in terms of her remarkable and paradoxical family, the ghosts which haunted her life and fiction.

While contemporary writers were dealing critically with such subjects as the war, alienation, religion, poverty, Marxism, psychology and art, and experimenting with new techniques such as the stream of consciousness, du Maurier produced ‘old-fashioned' novels with straightforward narratives that appealed to a popular audience's love or fantasy, adventure, sexuality and mystery. At an early age, she recognised that her readership was comprised principally of women, and she cultivated their loyal following through several decades by embodying their desires and dreams in her novels and short stories.

In some of her novels, however, she went beyond the technique of the formulaic romance to achieve a powerful psychological realism reflecting her intense feelings about her father, and to a lesser degree, her mother. This vision, which underlies Julius, Rebecca and The Parasites, is that of an author overwhelmed by the memory of her father's commanding presence. In Julius and The Parasites, for example, she introduces the image or a domineering but deadly father and the daring subject of incest.

In Rebecca, on the other hand, du Maurier fuses psychological realism with a sophisticated version of the Cinderella story. The nameless heroine has been saved from a life of drudgery by marrying a handsome, wealthy aristocrat, but unlike the Prince in Cinderella, Maxim de Winter is old enough to be the narrator's father. The narrator thus must do battle with The Other Woman – the dead Rebecca and her witch-like surrogate, Mrs Danvers – to win the love of her husband and father-figure.