Someone Knows My Name – #tellafriend 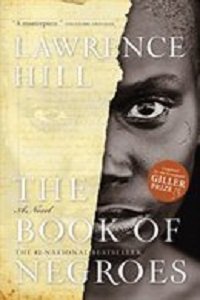 Someone Knows My Name – #tellafriend

Kidnapped as a child from Africa, Aminata Diallo is enslaved in South Carolina but escapes during the chaos of the Revolutionary War. In Manhattan she becomes a scribe for the British, recording the names of blacks who have served the King and earned freedom in Nova Scotia. But the hardship and prejudice there prompt her to follow her heart back to Africa, then on to London, where she bears witness to the injustices of slavery and its toll on her life and a whole people. It is a story that no listener, and no reader, will ever forget. Reading group guide included.

Lawrence Hill is a journalist and novelist.

His third novel, published as The Book of Negroes in Canada and Someone Knows My Name elsewhere, won the 2008 Commonwealth Writers' Prize for Best Book and the 2007 Rogers Writers' Trust Fiction Prize.