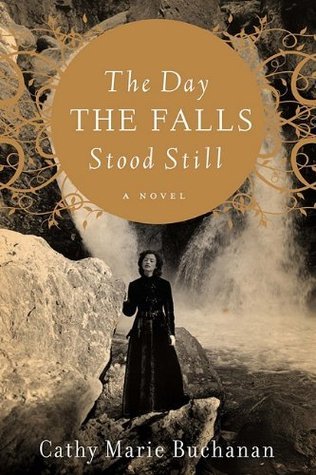 Tom Cole, the grandson of a legendary local hero, has inherited an uncanny knack for reading the Niagara River's whims and performing daring feats of rescue at the mighty falls. And like the tumultuous meeting of the cataract's waters with the rocks below, a chance encounter between Tom and 17-year-old Bess Heath has an explosive effect. When they first meet on a trolley platform, Bess immediately recognizes the chemistry between them, and the feeling is mutual.

But the hopes of young love are constrained by the 1915 conventions of Niagara Falls, Ontario. Tom's working-class pedigree doesn't suit Bess's family, despite their recent fall from grace. Sacked from his position at a hydroelectric power company, Bess's father has taken to drink, forcing her mother to take in sewing for the society women who were once her peers. Bess pitches in as she pines for Tom, but at her young age, she's unable to fully realize how drastically her world is about to change.

Set against the resounding backdrop of the falls, Cathy Marie
Buchanan's carefully researched, capaciously imagined debut novel entwines the romantic trials of a young couple with the historical drama of the exploitation of the river's natural resources. The current of the river, like that of the human heart, is under threat: “Sometimes it seems like the river is being made into this measly thing,” says Tom, bemoaning the shortsighted schemes of the power companies. “The river's been bound up with cables and concrete and steel, like a turkey at Christmastime.”

Skillfully portraying individuals, families, a community, and an environment imperiled by progress and the devastations of the Great War, The Day the Falls Stood Still beautifully evokes the wild wonder of its setting, a wonder that always overcomes any attempt to tame it. But at the same time, Buchanan's tale never loses hold of the gripping emotions of Tom and Bess's intimate drama. The result is a transporting novel that captures both the majesty of nature and the mystery of love.