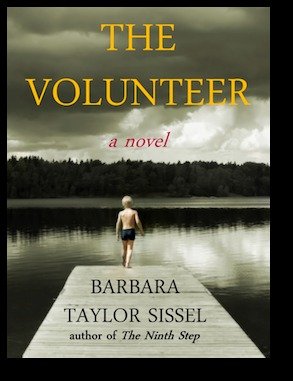 In the fall of 1999, psychologist Sophia Beckman is compelled by the court to give testimony on behalf of a death row inmate that results in his sentence being overturned. Haunted by secrets from her past, she avoids the media spotlight as much as possible, but soon, other prisoners’ families come seeking her assistance. One family in particular, the wife, children, and brother of Jarrett Capshaw, is especially insistent. Forty-one days ago Jarrett’s request to die was granted by the State of Texas, and he became a dead man walking, a man they call a volunteer.

Jarrett’s crimes were unusual, involving the theft of precious Mayan antiquities. Murder was never part of the plan, but murder is what happened. He pulled the trigger, and as little as he feels prepared for it, as much as he struggles with matters of the soul, he’s ready to die. It is the only way his family and the families of his victims will be free to move on. While Jarrett labors to find the words to say good-bye to those he has loved, Sophia finds herself drawn into a relationship with his wife and oldest son. It is Jarrett’s family she can’t resist and there will be a price to pay. But not even Sophia could have foreseen the outcome when the brutal truth is exposed, the unalloyed facts that, incredibly, will deliver Jarrett’s fate straight into her hands.

The Volunteer is a story about families, how they are made, and how in one single, horrifying instant, they can be broken. It is a story about mothers and the lies they tell to protect their children, to keep them from being hurt. But what happens when the truth comes out anyway and nothing and no one is spared? Sometimes the truth has the power to break your heart, and in Sophia’s case it will also endanger her freedom and threaten everything she has ever believed about her life.

Barbara Taylor Sissel writes issue oriented, upmarket women’s fiction that is threaded with elements of suspense and defined by its particular emphasis on how crime affects the family. She is the author of five novels, THE LAST INNOCENT HOUR, THE NINTH STEP, THE VOLUNTEER, EVIDENCE OF LIFE, and SAFE KEEPING.

Born in Honolulu, Hawaii, she was raised in various locations across the Midwest and once lived on the grounds of a first offender prison facility, where her husband was a deputy warden. The experience, interacting with the inmates, their families, and the people who worked with them, made a profound impression and provided her with a unique insight into the circumstances of the crimes that were committed and the often surprising ways the justice system moved to deal with them.

An avid gardener, Barbara has two sons and lives on a farm in the Texas Hill Country, outside Austin.

What did you think of this book? #tellafriend

What book would you recommend to a friend this week?