Z: A Novel of Zelda Fitzgerald – What Are You Reading? 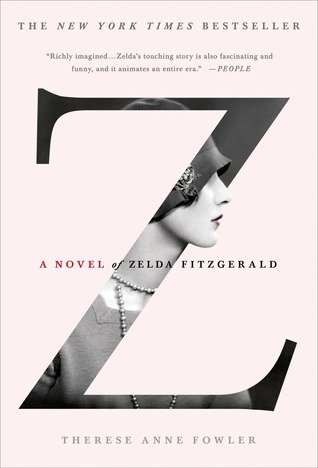 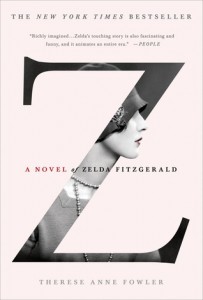 I hope everyone had a pleasant weekend. The weather here in Florida has been awesome. Sunday after Church, I went outside and took a nap on the lanai. Heavenly. We are almost set for BEA (look for a couple of posts this week and a newsletter with more details), and of course I'm getting a bit excited and anxious. I will get back to working on Book 3 from the Wyattsville Series when we get home. I started reading “Z” – it's the story of Zelda Fitzgerald. So far it's a very good book. I love looking inside other people's heads.

I wish I could tell everyone who thinks we’re ruined, Look closer and you’ll see something extraordinary, mystifying, something real and true. We have never been what we seemed.

When beautiful, reckless Southern belle Zelda Sayre meets F. Scott Fitzgerald at a country club dance in 1918, she is seventeen years old and he is a young army lieutenant stationed in Alabama. Before long, the “ungettable” Zelda has fallen for him despite his unsuitability: Scott isn’t wealthy or prominent or even a Southerner, and keeps insisting, absurdly, that his writing will bring him both fortune and fame. Her father is deeply unimpressed. But after Scott sells his first novel, This Side of Paradise, to Scribner’s, Zelda optimistically boards a train north, to marry him in the vestry of St. Patrick’s Cathedral and take the rest as it comes.

What comes, here at the dawn of the Jazz Age, is unimagined attention and success and celebrity that will make Scott and Zelda legends in their own time. Everyone wants to meet the dashing young author of the scandalous novel—and his witty, perhaps even more scandalous wife. Zelda bobs her hair, adopts daring new fashions, and revels in this wild new world. Each place they go becomes a playground: New York City, Long Island, Hollywood, Paris, and the French Riviera—where they join the endless party of the glamorous, sometimes doomed Lost Generation that includes Ernest Hemingway, Sara and Gerald Murphy, and Gertrude Stein.

Everything seems new and possible. Troubles, at first, seem to fade like morning mist. But not even Jay Gatsby’s parties go on forever. Who is Zelda, other than the wife of a famous—sometimes infamous—husband? How can she forge her own identity while fighting her demons and Scott’s, too? With brilliant insight and imagination, Therese Anne Fowler brings us Zelda’s irresistible story as she herself might have told it.

Many thanks for your interest in Z. You might appreciate knowing a little bit more about what went into the creation of the novel, and why I chose to write fiction about people whose lives are so thoroughly documented in biographies.

Z is fiction, but my research was extensive and thorough, and in telling the story I've stayed very close to the established facts. My personal approach to biographical fiction is to unearth and then represent the truth, even when it contradicts what people think they know about the characters involved. Much of what we think we know about the Fitzgeralds comes from unreliable sources or has been spun into half-true myth. My mission was to set the record straight.

Popular culture (Midnight in Paris, for one example) has made Zelda into a caricature, reduced her to being only an edgy flapper, or only an unstable, jealous spouse, or only a pathetic, “insane” drain of her husband's creativity and life. She was edgy–sometimes. She was jealous–sometimes. She was unstable–sometimes. But in the same way that none of us can be or should be defined by one aspect of our lives, Zelda cannot be defined so simply either.

Z is the story of a complex and fascinating woman who was so much more than I knew when I began researching her life. She was exceptional in so many ways, but she was also human.

What are you reading?