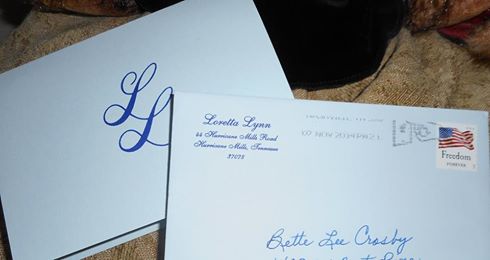 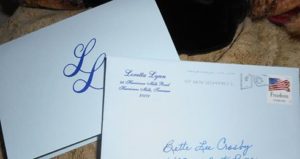 Do you remember Coal Miner's Daughter, the song by Loretta Lynn? I do and when I wrote Jubilee's Journey with Paul and Jubilee connected to West Virginia coal miners I thought Loretta might like the book. So I sent her a copy and she sent me the nicest Thank you! note. That made my day!

Here's some information from Loretta Lynn's website bio. If you've read Jubilee's Journey then you can see some similarities.

For fifty years now, Loretta has fashioned a body of work as artistically and commercially successful—and as culturally significant—as any female performer you’d care to name. Her music has confronted many of the major social issues of her time, and her life story is a rags-to-riches tale familiar to pop, rock and country fans alike. The Coal Miner’s Daughter—the tag refers to a hit single, an album, a best-selling autobiography, an Oscar-winning film, and to Lynn herself—has journeyed from the poverty of the Kentucky hills to Nashville superstardom to her current status as an honest-to-goodness American icon.

Her latest album, the Jack White-produced Van Lear Rose, is poised now to remind the world yet again of Lynn’s power as a vocalist and her skill as a songwriter. As she puts it on “Story of My Life,”the new album’s closing track: “Not half bad for this ol’ KY girl, I guess… Here’s the story of my life. Listen close, I’ll tell it twice.”

Loretta was born in Butcher Holler, Kentucky, the second of Clara and Ted Webb’s eight children. Just as she would later sing in “Coal Miner’s Daughter,”Loretta’s family eked out a living during the Depression on the “poor man’s dollar” her father managed to earn “work{ing] all night in the Van Leer coal mine [and] all day long in the field a-hoein’ corn.” As she also notes in that song, “I never thought of leavin’ Butcher Holler.” But that was before she met Oliver Lynn (aka Doolittle or Doo, or “Mooney” for moonshine), a handsome 21-year-old fresh from the service who swept the young Loretta Webb off her feet. The couple married when Loretta was barely 14.

Looking for a future that didn’t require him to work the mines, Doo found work in Custer, Washington, and Loretta joined him in 1951. The following decade found Lynn a full-time mother—four kids by the time she began singing seriously in 1961—of precisely the sort she would one day sing to and for. In her spare time, though, with Doo’s encouragement, she learned to play the guitar and began singing in the area. During one televised talent contest in Tacoma, hosted by Buck Owens, Loretta was spotted by Norm Burley who was so impressed he started Zero Records just to record her.
[mybooktable book=”jubilees-journey”]