It's December…and despite the fact that I love reading (almost anything, including labels and the back of cereal boxes) my book club does not have a December book…instead we have a party!  And what a party it was! 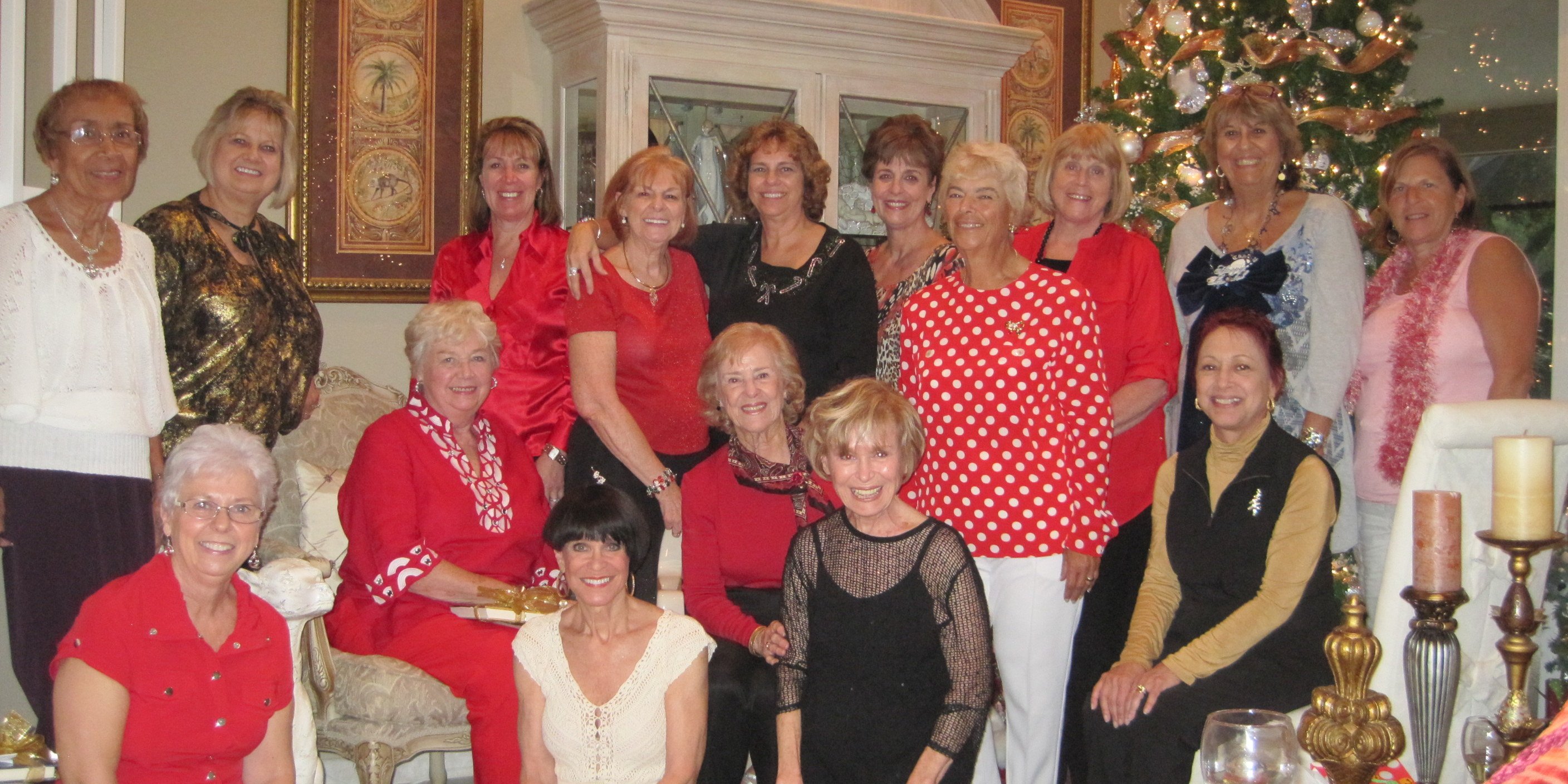 This year the party was at my house and after Linda's November “Christmas Wedding” I was desperate to come up with some holiday fun and games that wouldn't pale by comparison. (if you missed the story of our last meeting click here and catch up.)

I did what any book-loving human would do…I created a fun and games theme based on books. I started by gathering 25 of my favorite books from my overloaded bookshelves and gift wrapped each one. Almost all had broken spines, some had raggedy edges, a few had margin notes, but all were loved. The most raggedy books were usually my top favorites –  the ones I'd lent out time and time again.  But decked out in shiny gold paper and puffy ribbons, they all looked beautiful.

After a few hours of conversing with friends, sipping wine and sharing the yummy food brought by everyone, the gals were each told to take one of the wrapped presents from those stacked on the staircase.  assembled in the living room and formed a circle – a very large circle that extended from the living room into the dining room and came back around again.

“Christmas was almost here, and Mother RIGHT was finishing the Christmas baking. Father RIGHT, Sue RIGHT, and Billy RIGHT returned from their last-minute Christmas errands.  “There's not much LEFT to be done,” said Father RIGHT as he came into the kitchen….”

We then began the quest for prizes. When everyone first arrived they were given a short form to fill out. They

have to write in five different letters and numbers, without any idea of what they were guessing at. the first challenge was to choose a number between 3 and 35…the person who guessed closest to the number of letters in the title of the book they had just unwrapped, won. The Second prize went for guessing the first letter on the first page of their book. The third prize was for guessing the last letter of the last word on page 37 of the book they'd gotten….and so it went. The final prize was a ceramic Christmas Pickle. Legend has it that the person who finds the Christmas Pickle will be the one to have good fortune throughout the year. That prize went to one of our founding members who has been so busy working that she only made one other meeting this year…she won the Pickle for simply showing up.

At the end of the day, some gals went home with a book they'd always wanted to read, others went home carrying the work of a hertofore unknown author but in the end, they all went home with warml memories of another wonderful book club party.

The interesting thing about this party was that we not only shared our love of books and reveled in our friendships, but everyone gave generously so that others might also have a Christmas of cheer…Please stop back again on Saturday and read the second half of this story – 'tis the Season for Giving.