The Legend of the Rolling Pin by Rita Lou Spriggs 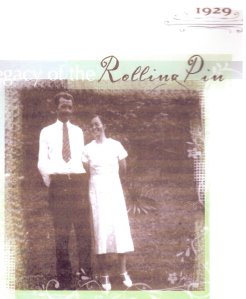 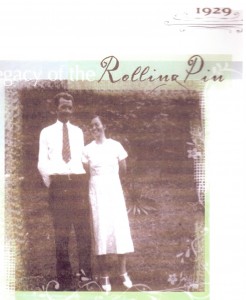 I've shared a lot about the heritage of my family in the past few days, now I'd like to share one more thing… The following is a poem written for Ruth and Clifford Pence by their daughter Rita Lou. I don't think I need to give you much of a background here, I think Rita Lou says it all…enjoy.

THE LEGEND OF THE ROLLING PIN by Rita Lou Spriggs

Mother and Dad Married in 1929 on a beautiful summer's day…and embarked on a journey filled with love that would never fade away.

Money was scarce, and times were hard,  though everyone wished them well…Their only wedding gift was a rolling pin which has its own story to tell.

Mother spoke often of the rolling pin that she treasured for 65 years…she used it thousands of times, you see through times of laughter, joy, heartache and tears.

Rolling out dough may seem a bit dull but she perfected it to an art…Her biscuits and pie dough were rolled out just right, then baked with love from my Mother's heart.

We would brag about those biscuits and pies, pride showed in her loving face…She would fly about that kitchen serving her feasts and she did it with style and grace.

The rolling pin became a true legend as she rolled out dough galore…her baked goods brought raves from family and friends who returned for seconds and more.

she whispered those prayers daily through the years and they kept her heart in tune…so her spirit remained strong as her body grew frail and she had to leave us all too soon.

Now I'm left alone with the old rolling pin that has come to mean so much…I've learned the secret to success, it had my Mother's loving touch.

I proudly display Mother's rolling pin, it is a priceless treasure…I've found that my finest gifts in life, Money could never measure.