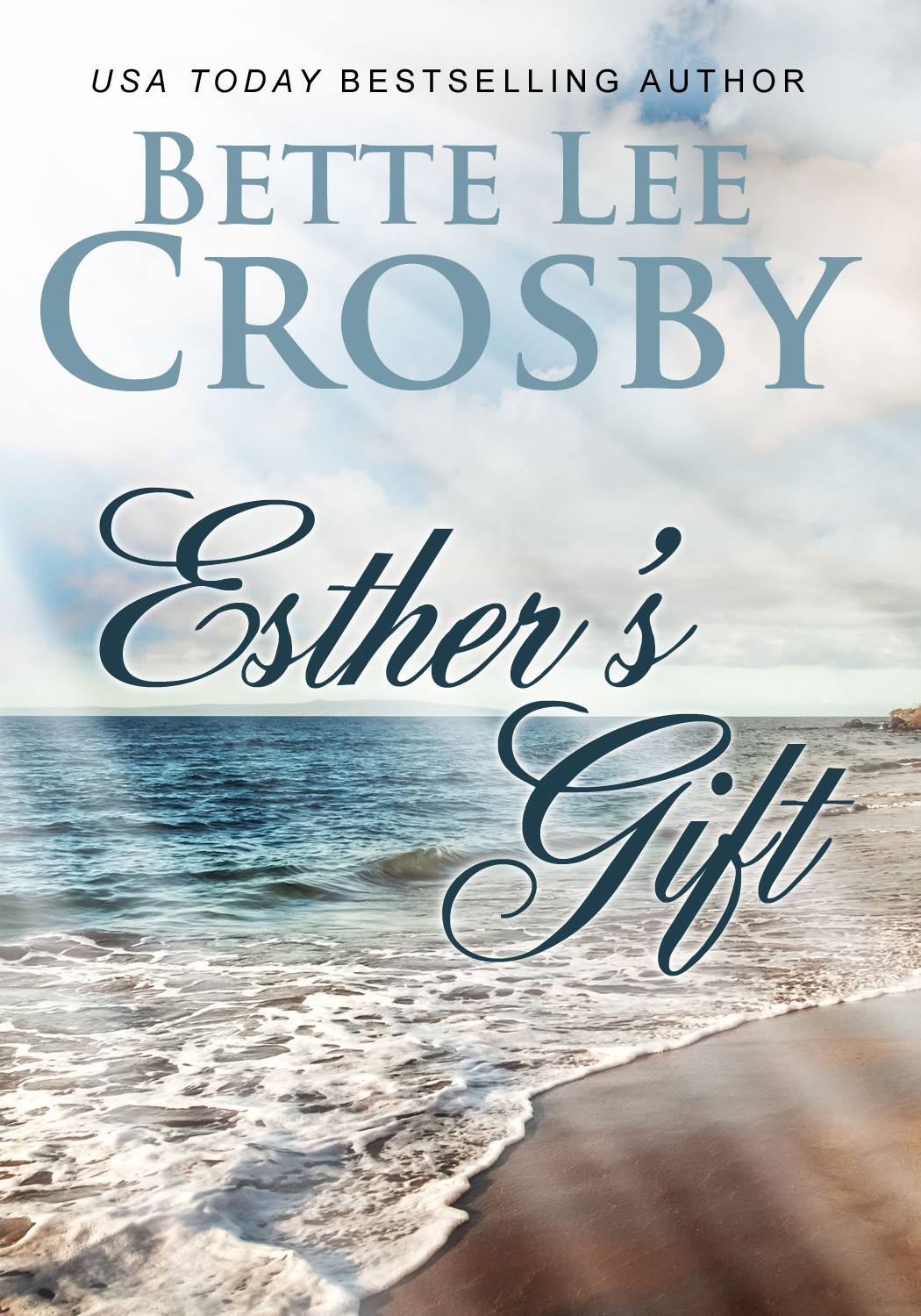 Bette Crosby has authored several of my now favorite books. She weaves stories like an intricate fabric with the kind of hand-sewn love in every stitch with heart moving words so deep they can be felt, not merely read.
Esther's Gift follows the same pattern. She brings the characters to life among the pages. It is impossible to read her work without envisioning as mental movie experience. This story resonates the basics of love, how centric love is to all-how they live, act towards others, and ultimately how it is shared.

Esther is sage-like woman with a spiritual gift of foresight. She is loved by her husband, Keoki, who both accepts and understands her gift. She predicts a great storm despite weather forecasts. He dutifully assists and prepares with Esther so when the storm arrives and departs, they are safe and have saved much of the provisions and property to continue their life together. As they rebuild Esther has begun reaching out to her community, mentoring adults and teaching children music which teaches them of their rich Hawaiian culture, history, and legends. Keoki constructs a special room in their home for her to continue her outreach. The gift of “knowing” as Esther calls it, only reveals certain events so she has no indications for many events that affect her life and those around her. Such is the case, as Keoki passes away on a typical day of their life. The years pass, Esther becomes recognized as a respected and important member of the community. Then, widowed real estate contractor, John comes to The island by a chance of fate to rebuild a resort that was damaged years before by the great storm. He learns from locals of a legend about his property and is advised to contact Esther. Though their meeting began as a business arrangement, it soon developed into a deep friendship that began to replace some of the loneliness each of them had in their hearts and lives. As John reconstructs the resort, he and Esther are building a much bigger foundation and look forward to seeing one another often. The story focuses again on the importance of family and John gets his Grandson, Connor, to spend the summer with him in Hawaii where Connor falls madly in love with the island and Esther. There comes a time when Esther must tell John about her gift. The rest of the story unfolds with his reaction, the event and it's after effects.

I loved reading this story and I found the message to “on time” with life as we can always take the reminder to love, and express our love to our family and friends alike.