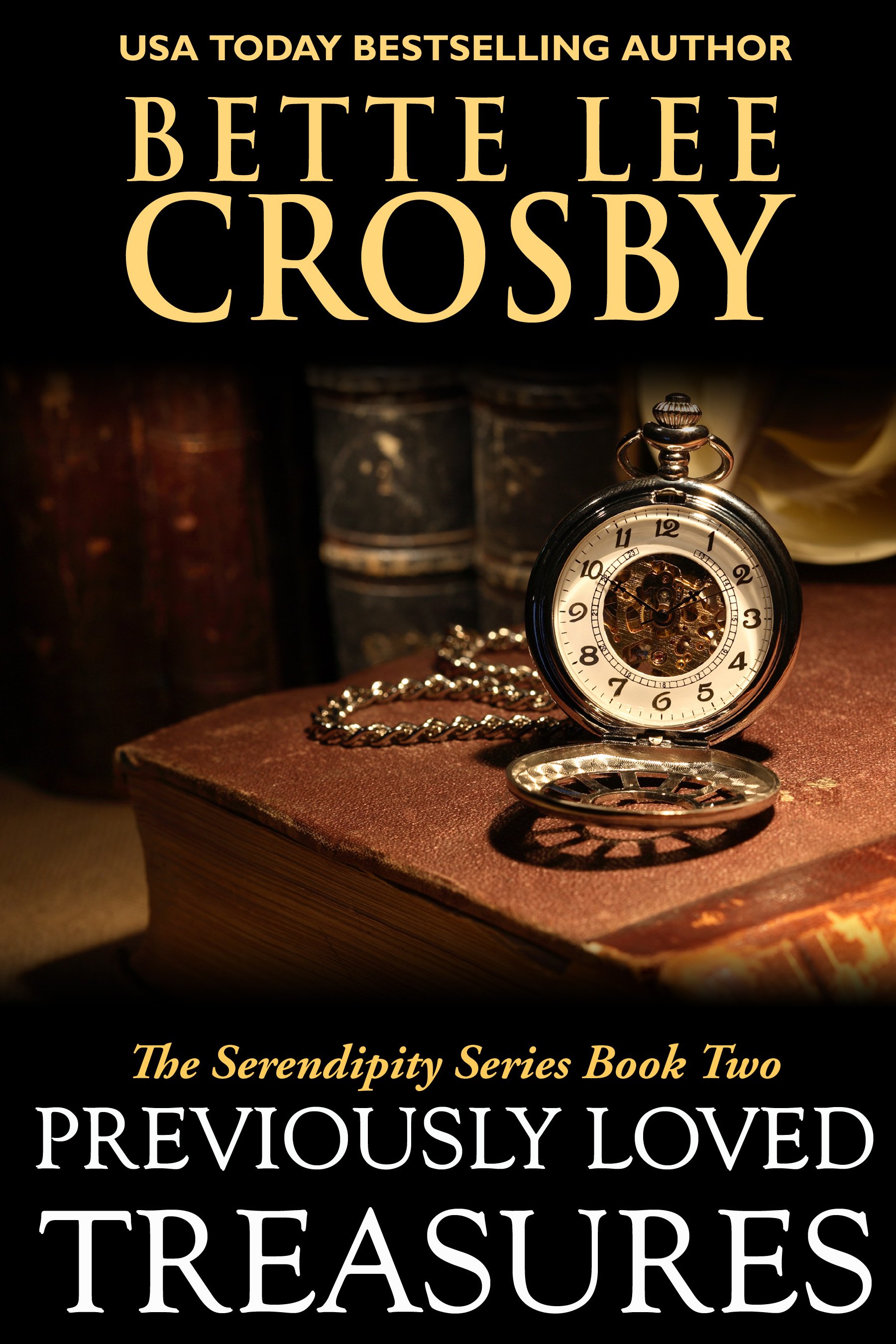 Here's a great in-depth review from Sally on Goodreads and enjoy a free sample of the book below!

PREVIOUSLY LOVED TREASURES is the second book in the Serendipity series but it can easily be enjoyed as a stand-alone book. The story opens just after the death of Ida Sweetwater’s husband Jim and she is all alone in a big house. There is a son but she hasn’t seen him for years as he and Jim had a huge falling out and the son walked out. Ivy decides to hire a detective to find her son, and sets in motion a huge change in her life. The first change is that in order to pay the private detective she turns her huge empty house into a B&B boarding house, and the second change is that while her son still can’t be located – there is a granddaughter. Caroline Sweetwater is a young woman who has experienced a lot of hardship in her short life. Her father abandoned her and her mother; her mother has recently died leaving her alone in the world; and her boyfriend is using her. All she wants is a fresh start. As soon as Ivy learns that Caroline exists she asks Caroline to move in with her so they can be family. So Ivy goes from being alone to having a granddaughter and an array of residents to keep her company – now let the story begin.

As is usual with Bette Lee Crosby’s work once you start you can’t put it down as you follow the twists and turns of the plot. There is something for everyone in PREVIOUSLY LOVED TREASURES a female in crisis, faith, drama, deceit, laughs, tears, danger, romance, mystery and just a little touch of magic. The characters reach out and touch you making you feel like you have known them for years and you can just pop in and have a cuppa with them. They are not all perfect either, but there is growth in them as they all start to bond with each other and become like a family. Some characters don’t grow for the better though and there are two nasty pasty’s who are so selfish, mean and greedy that their actions eventual escalate until an event that will leave you breathless at their wickedness. Then there is Peter Pennington, owner of PREVIOUSLY LOVED TREASURES who always seems to have just the right pre-loved item to suit a situation, in fact sometimes he has it before the situation has occurred.

I first met Bette Lee when I read her Christmas Story Cupid’s Christmas, this was quickly followed by my reading two more of her books Spare Change and Jubilee’s Daughter, and, along with PREVIOUSLY LOVED TREASURES, not one of them has let me down. When I pick up one of her books I expect a story that will touch my heart and emotions deeply and what is really good is that I have more of her books on my TBR shelf so will be enjoying Bette’s work for some time to come.
[embed_kindle asin=”B00JJPLODY”]