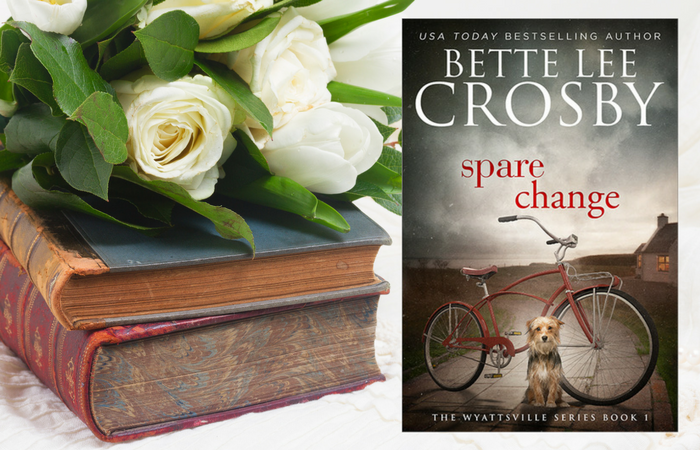 Spare Change is a quirky mix of Southern flair, serious thoughts about important things in life, madcap adventures of a young boy and a late change of heart that made all the difference in the life of an unusually independent woman. More than anything, it is a heartwarming book, which is simultaneously intriguing and just plain fun.

Olivia Ann Westerly has always refused to conform. Instead of marrying and raising a family, as her father expected her to, she left home and found a job, rented a flat and had tons of fun. Oh, did I mention that she did that in 1923, when she was only 25-years-old? While today that would not have been anything extraordinary, she certainly was an exception back then. And then she decided not to marry and to continue her career, living in this manner quite happily all the way until 1956. It was then that she met Charlie Doyle and fell madly in love, agreeing to marry him without any hesitation when he asked her to.

But then Charlie had to go and die while they were on their honeymoon, and Olivia seemed to have lost all her will to do anything. Until Ethan Allen Doyle, Charlie's grandson, showed up on her doorstep. Olivia never wanted children, so why would she change her mind now? And to make matters worse, Ethan Allen was 11-years-old and number 11 has always been a bad omen for Olivia. To top everything else, it was clear that Ethan Allen was hiding something. Was there any chance of a happy ending here?

I truly enjoyed this imaginative and very entertaining story. Told from many different perspectives, it kept my interest from beginning to end. The voices of the characters were very distinct and the good ones were easy to like, just like the bad guys were easy to hate and fear. It does not happen very often that I truly like the more minor characters in any book, since most of them never get the chance to develop enough to be really interesting, but Clara was one of my favorites here – heart of gold and brassy manners, what more could one want in a friend? She was just one in the substantial line-up of supporting characters who kept Ethan Allen's presence in Olivia's building a secret, or at least they thought so. Every one of those characters was well-defined and completely believable.

Furthermore, I enjoyed the storyline and the lively dialogue, as well as the rapidly unraveling mystery of the secret Ethan Allen was trying to keep to himself. And I am going to do my best to keep the beginning of the story, as told by Olivia, in mind for the future. Here's what she had to say..

“I don't suppose there's a person walking the earth who doesn't now and again think if I had the chance to live my life over, I'd sure as hell do it differently. When you get to a certain age and realize how much time you've wasted on pure foolishness, you're bound to smack yourself in the head and ask, what in the world was I thinking? Everybody's got regrets; myself included.

Some people go to their grave without ever getting a chance to climb out of that ditch they've dug for themselves, others get lucky. Of course, the thing about luck is that you've got to recognize it, when it walks up' and says hello, the way Charlie Doyle did.”

Those two paragraphs alone would be enough for me to like this book and recommend it, yet they were truly just the beginning. If you want to know more, you will simply have to read Spare Change yourself, and I am certain you will not regret that.