Thank you Brenda for this review on Goodreads! 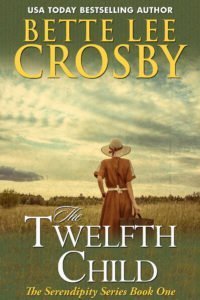 Abigail Anne Lannigan and her twin brother Will were exceptionally close – but their father only had eyes for his son. William Lannigan only wanted a boy child – girl children were useless, only good for housework and women’s chores; he expected Abigail Anne would be married off to a well-to-do farmer by the time she turned sixteen. And so it was Abigail Anne’s lot in her young life; her mother, Livonia was a strong woman and told Abigail Anne she could do anything she wanted in her life; strong words back in the early 1900s in the Shenandoah Valley. But Livonia passed away when Abigail Anne was barely thirteen years old – her cruel and vindictive father then did all he could to ensure she would no longer continue at the schooling she loved, and that Henry, son of a neighbour, would marry Abigail Anne when she turned sixteen.

As Abigail Anne moved through her life, she experienced heartache and wonder, love and desperation. But as she entered her eighties, she was fortunate to have a young woman move into the house across the street. The house had been empty for some time, and Destiny Fairchild worked hard, scrubbing, cleaning and generally making the house look sparkling once again. The day that Destiny and Abigail Anne started chatting together, was the day they both found a delightful friendship, a closeness with another person that Abigail Anne hadn’t thought she would ever see again.

But their lives were due to change once again and not for the better. What could a total stranger do to the Lannigan family? And why would it happen?

I really enjoyed this delightful, emotional novel by Bette Lee Crosby. I had a few laugh out loud moments; times when I wanted to slap a certain person – I loved Abigail Anne – her character was wonderful. The dreadful times of the Great Depression were heart wrenching, the delight of love and friendship made me smile. I have read a few by Bette and very much enjoy her writing; I have no hesitation in recommending this novel, which is book #1 in the Serendipity Series, highly.