I wanted to climb into the book – The Reader Salute 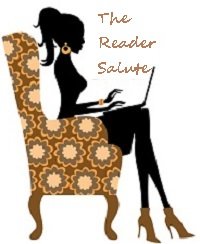 Thank you to everyone who read and helped share the news about my new release Passing through Perfect. I'll be announcing the winner soon of the Bag of Bestsellers and $25 Gift Card winner. Also the January Reader Appreciation event was a big success. I met lots of new readers. Finally, the Thunderclap event was a success too! It was a wonderful and I hope easy way as fans to share with your friends. Here's a wonderful review from the Sandra at the Crandom blog.

I wanted to climb into the book – The Reader Salute

I read this book from November 13 to 22, 2014. I have been reading a lot lately, thanks to baby not making me nearly as sick as she/he was doing. I have been thinking a lot about this book and the characters in it, analyzing them even after the book is done. The first thing I noticed about this novel was that it was written to tell a story and it was written in such a way that it took me a good while to realized that the main characters in the novel were black. I am no bigot myself, so some of the things that the main characters went through made me sick to my stomach. While I have no doubt that this is how it was back in the 1940-50’s, there were many times where I wanted to climb into the book and beat someone up. It made me sad to realized that this issue is still alive in some areas today, even if it is not nearly as bad as it was back then.

I came to love Benjamin as a friend and he goes through so much that at times I may have pitied him, but I never lost my respect for him. It wasn’t until I finished the book that I felt a moment of remorse, it was over… and that was all that I got. Bette Lee Crosby is so amazing at writing stories that you really do get attached to the characters and it makes a world of a difference. I will also wonder what happened to the characters in this novel, but I also know that in my mind they are living happily ever after and sometimes… sometimes that is good enough.

If you are looking for a book that will take you on a whirlwind of adventure, something that deals with everything from love to loss, then this novel is for you. It just so happens to be my favorite read of 2014.
[mybooktable book=”passing-perfect”]