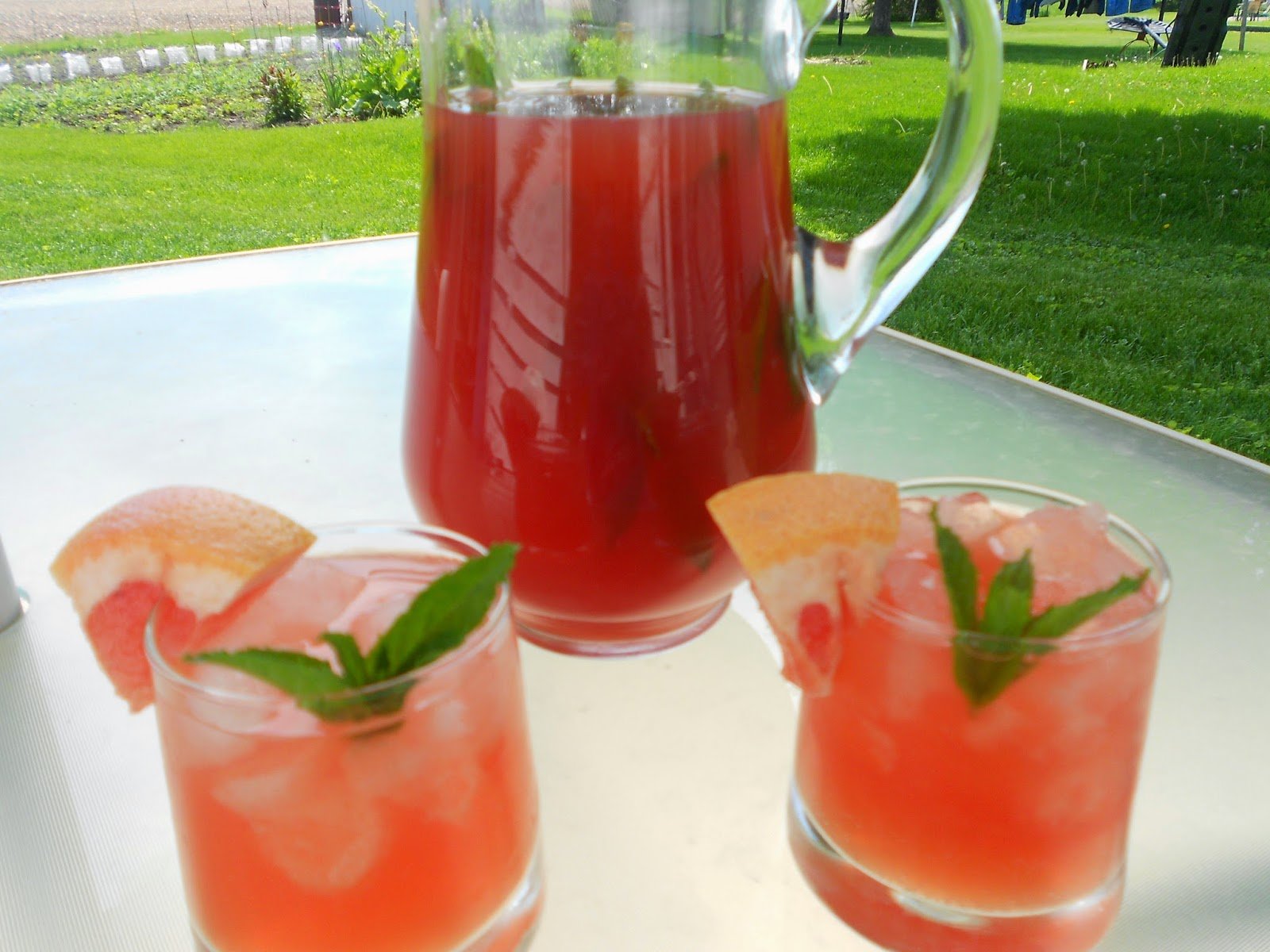 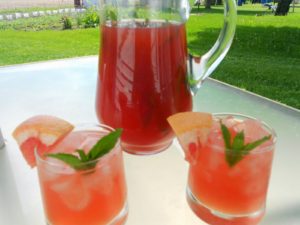 Naomi this week gives us a Bourbon Punch with Grapefruit and Mint adapted from Bon Appetit. Enjoy and share your favorite drinks in the comments!

Naomi says – Here is another Sue D. gift to me that originally started from the Yahoo Weekend Recipe group.

I have something to admit. I didn't like this original recipe. I found that it was too bitter, bourbon(y) and if left as is, would put hair on my female chest! I know that I had to do some changes in it because to me, it did have potential. If you like strong stuff, keep the original recipe. I will be showing my changes in red.

Be sure to use pink grapefruit juice. It is sweeter than regular (yellow) grapefruit juice so that does happen some. Also, the original recipe called for club soda, which was just downright disgusting in this recipe. It added to its bitterness. Even my husband, who doesn't like sweet recipes, disliked the club soda, so we switched it out for 7-up.

One of the things that I did love about this recipe was that I was able to use a whole lot of mint from my yard. Don't have home grown mint, be prepared to need about 3 packages of mint for this one recipe. This recipe made so much that I have two (1) quart bags of this frozen in my freezer downstairs.

This drink doesn't require a high quality bourbon. In fact, my liquor guy discouraged it. I used a bottle of $8 bottle of bourbon (Benchmark) that covered two recipes, this one and my Citrus Bourbon Punch.

Directions:
1) Make simple syrup by bringing the sugar and water to a boil in a small saucepan. STIR FREQUENTLY…simple syrup burns easily. Place 8 sprigs of mint in the pan and swirl. This will wilt the mint and release the oils. Allow to sit/cool for about 20 minutes and remove the mint.

2) Combine grapefruit juice, bourbon and bitters in a pitcher. Add the simple syrup and stir well. Pour into ice filled glass and top with 7 Up or club soda.

For more recipes check out Naomi's Pub and Grub Forum