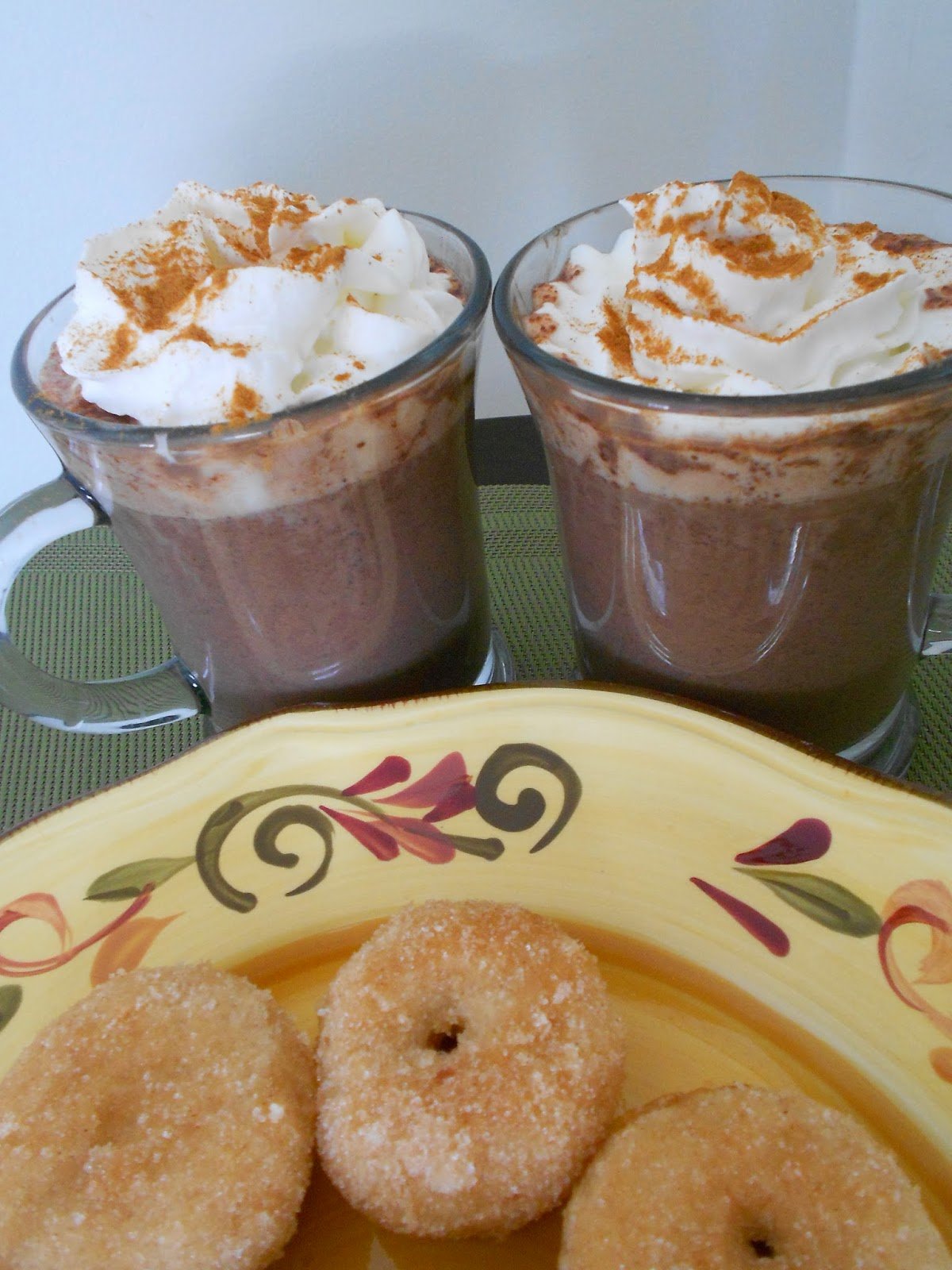 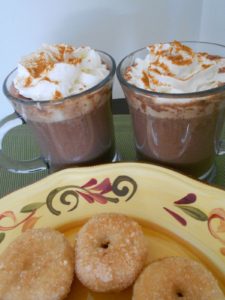 Yay! Cinco de Mayo is coming to The Pub and Grub Forum and Bette Lee Crosby's Mid-week Mixers! I love this time of year. I get to cook what I love best-Mexican food and treats. This will include several weeks of two-fers. Yeppers, two recipes in one post!

I found these recipes in one of the best cookbooks I grabbed last year. Mad Hungry Cravings by Lucinda Scala Quinn was pretty dang unusual, but had some rockin', easy to prepare recipes in there. I am now getting around to “taste test” and present these and these are the first from that cookbook.

As I normally do, I tweaked the Mexican Hot Chocolate and added a shot of Kahlua in one and tequila in another. Not a drinker, early morning drinker or serving it to kids, omit the alcohol. It was fine without it. I simply wanted to see what it did.

Directions:
1) Place milk and brown sugar in a medium sauce pan and SIMMER.
2) Remove from heat and whisk in chocolate, vanilla, cinnamon and cayenne.
3) Allow to steep for 3 minutes and reheat just to a simmer.
4) Ladle into mugs. Add liquors at this time, if desired. Top with whipped cream and cinnamon.
5) Serve alone or with Cinnamon Baked Doughnuts.

I pulled out my mini doughnut pan to make these lil gems. I was reminded of the old Hostess product called little gems minus the coconut that was part of theirs. These doughnuts were SO simple to make. The toughest thing of these was the pain in the butt sifting, but it is necessary. I like the fact that I didn't have to put the batter in a pastry bag like I have done with other doughnuts. It was a much cleaner and faster treat to make.

I tested the doughnuts dipped both sides, one side and not dipped. Hands down, the dipped both sides won out. Be sure to use UNSALTED butter for the dipping. My husband and I decided that they were better the next day when everything had a chance to settle down.

Ingredients for the topping:
1 stick UNSALTED butter, melted
1/2 cup sugar
1/2 t. ground cinnamon (I bumped mine up to 3/4 t., but I love cinnamon)

Directions:
1) Preheat oven to 350 degrees. Spray the heck out of your doughnut pans!
2) Sift the flour, sugar, baking powder, cinnamon, nutmeg and salt into a large bowl.
3) In a smaller bowl, combine the whisked egg, milk, melted butter and vanilla.
4) Stir the wet into the dry ingredients until JUST COMBINED. DO NOT over stir unless you want tough doughnuts.
5) Spoon the batter into the baking pans. Fill just under 3/4 full. Bake for 17 minutes for large doughnuts and 13 minutes for small doughnuts. Testing with a toothpick, it should come out clean.
6) Dip baked doughnuts in melted butter and then in cinnamon-sugar mixture. Set aside.