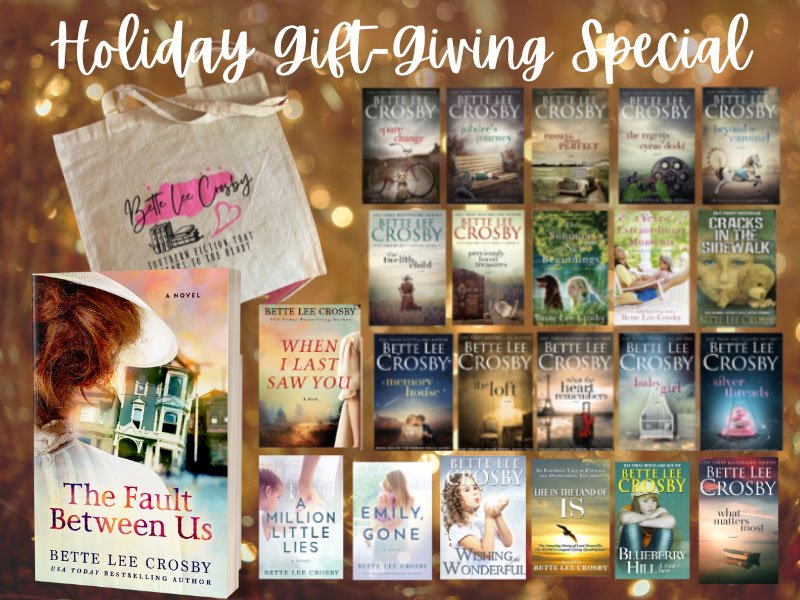 HOLIDAY GIFT GIVING SPECIAL…Now through December, order any signed paperback from my online store and you will receive a free tote bag and some fun book swag. Supplies are limited so order early to allow time for shipping. A signed book is the perfect gift to give to yourself or a friend. Offer based on availability.
Click here to Shop 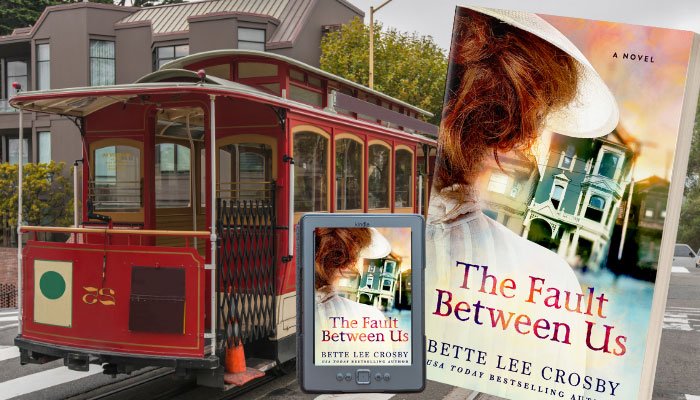 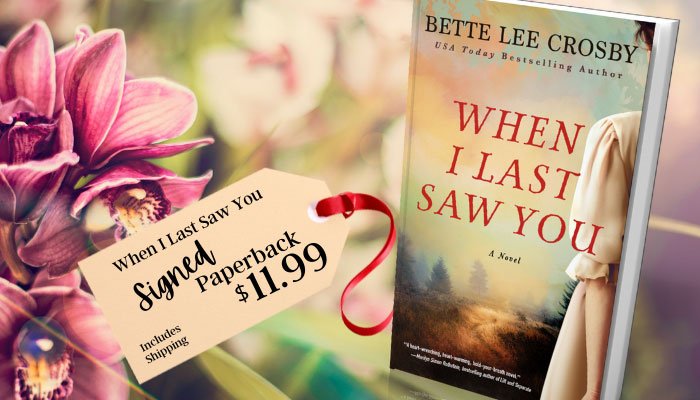 You can purchase a signed copy of this new release at a special Friends & Family discount, and your book comes with some fun swag.

WHEN I LAST SAW YOU Is a powerful southern saga based on a true story… Betrayal and secrets tore her family apart decades ago, now a lonely widow must search for the pieces of her broken childhood.

Kay Bratt, the International Bestselling author of Wish Me Home says, “Readers will be rooting for Margaret Rose and Eliza Hobbs on this epic journey of life, love, and healing.”

Linda’s Book Obsession says, “A masterful storyteller, Crosby has written a heartfelt and highly emotional novel that shows us sometimes you have to find your past before you can move on to the future.” 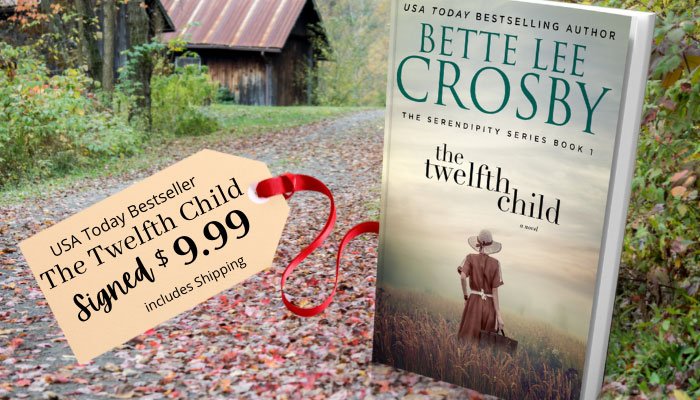 You can purchase a signed copy of this USA Today Bestseller at a Friends & Family price. The Twelfth Child is an uplifting tale about trust, love and friendship.

Abigail Anne Lannigan is a willful young woman determined to overcome the past and survive the future. Leaving the Shenandoah Valley of the early 1900’s behind, she finds a way to persevere in a world of joblessness and speakeasy’s. Now, at the tail end of her years, her best friend is accused of embezzling one million dollars and Abigail is helpless to save her. She knows the truth of what happened, but will never have the chance to tell.

Reminiscent of Fannie Flagg's “Fried Green Tomatoes” the May-December friendship of these two unforgettable women is sure to settle in the soft spot of your heart.

The Twelfth Child, told in the timeless tradition of Southern Fiction, is a novel rich with emotion, humor and tenderness. A Historical Mystery set in the 20th Century, this is a story of love, friendship and one woman’s struggle to survive America's Great Depression.

This Award-Winning book is the recipient of the FPA President’s Book Award Silver Medal and the Royal Palm Literary Award for Women’s Fiction. 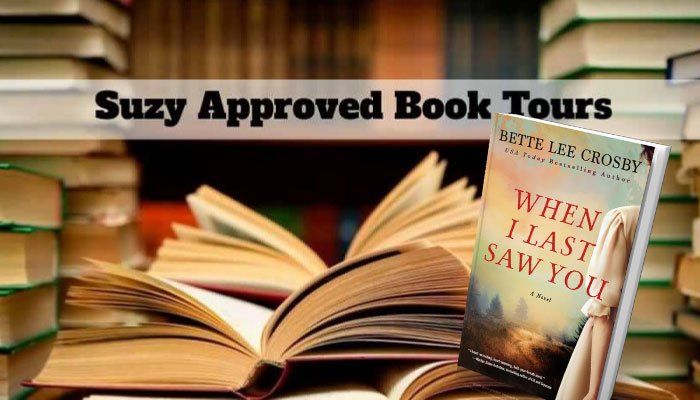 Starting July 15th my newest release When I Last Saw You will be off on an exciting Book Tour. The tour was arranged by Suzy Approved Book Reviews Blog Tours and is set up so that readers will be able to follow along on Instagram, check out the reviews, watch for giveaways, and share their own thoughts. Most of the bloggers participating in the tour are new-to-me readers, so it will no doubt be a month of anticipation as I watch for the reviews to come in.

For more information on the tour – or to check out all the places, where you’ll be able to find me, visit SUZY APPROVED BOOK REVIEWS TOUR PAGE 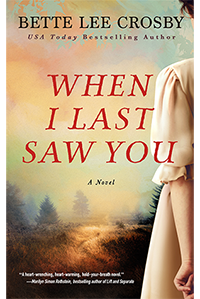 Lainey Cameron, award-winning author of “The Exit Strategy” interviews Bette Lee Crosby on her newest release “When I Last Saw You”