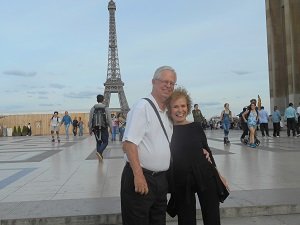 A JOURNEY TO REMEMBER

Sometimes we get lucky and have a chance to do something we’ve been dreaming about. For me, it happened this summer. Three years ago Dick and I were in Paris for four days and ever since I have been itching to go back. This year we finally did it.

Following the advice of fellow author Patricia Sands, we planned a home exchange with a charming couple from France. In March they spent a few weeks enjoying our pool and the Florida sunshine and in exchange, they gave us the use of a lovely Paris apartment on a street that leads to the Eiffel Tower. 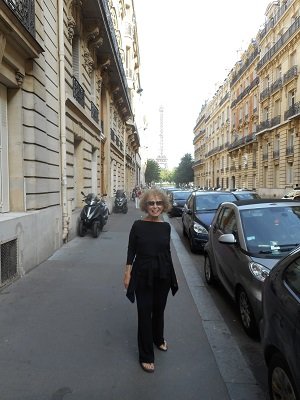 Paris is indeed everything it is rumored to be. We visited the museums, shopped in the open-air markets, dined in charming little bistros, rode the metro, even attended a concert at the Eiffel Tower plaza and yes, strolled the Champs Elysées. Most evenings we stopped for a glass of wine or had dinner in an outdoor restaurant. It’s the thing to do. Once the weather turns warm, all of Paris takes to the streets. 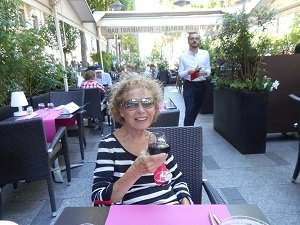 It is a city that never sleeps… at least not in the summertime. In Paris the sky waits until about 10:30 to grow dusky and regardless of the hour there is always a musician or singer serenading you on the metro. The fromagerie (cheese shop) and Boulangerie (bakery) are open until 8PM so there’s never a need to hurry.

You may have heard that the Parisians are cool and standoffish. Not true. They are as charming and gracious as could possibly be expected. They go out of their way to give directions, or explain something. We often rode the metro during rush hour and several times a young man stood up and offered me his seat. Try finding that on a New York subway! 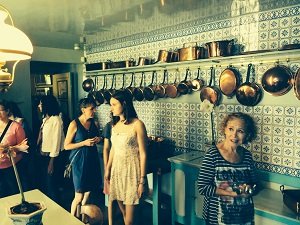 Check back next week for more about my trip to Paris! AND a GIVEAWAY!