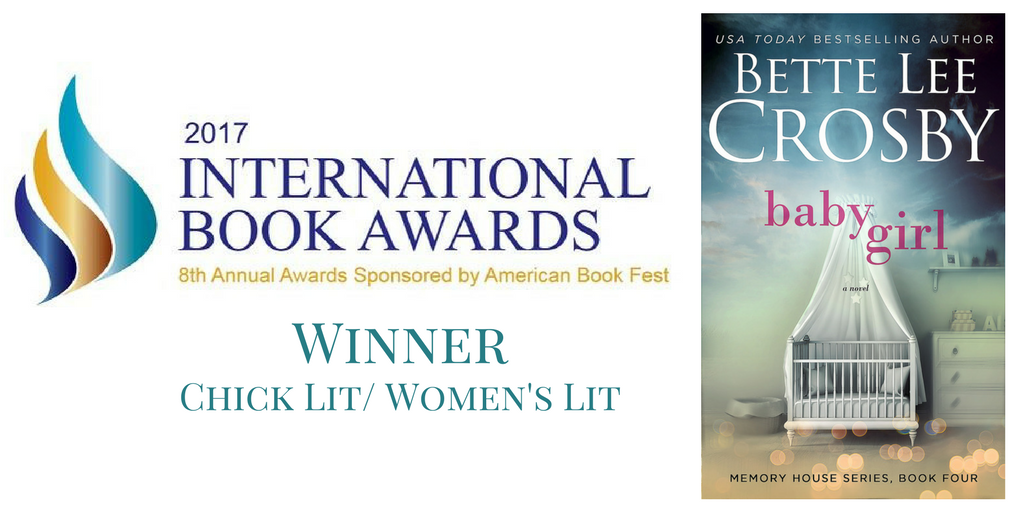 Jeffrey Keen, President and CEO of American Book Fest, said this year’s contest yielded over 1,500 entries from authors and publishers around the world, which were then narrowed down to the final results.

Thank you to the hosts of the International Book Awards. I'm so thrilled to have my novel Baby Girl win this award. 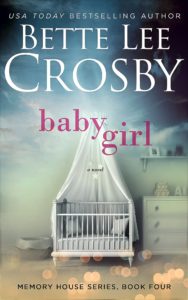 When Cheryl Ann leaves home she can almost see a rosy future stretched out in front of her… then she is forced to make a choice she didn't expect. The man in her life makes it clear: pick me or pick your baby,he says. Suddenly she finds herself at a crossroads. Cheryl makes a decision that changes her life forever and sets up a chain of events leading to more heartache than she dreamed possible.

Baby Girl is a mother's story. It's about the greatest sacrifice a mother can make when she wants the best for her child. It's about falling in and out of love, of losing and finding one's self. It's a family saga that tells of the perilous journey from passionate young love to happy true love and the joy of discovering the difference.