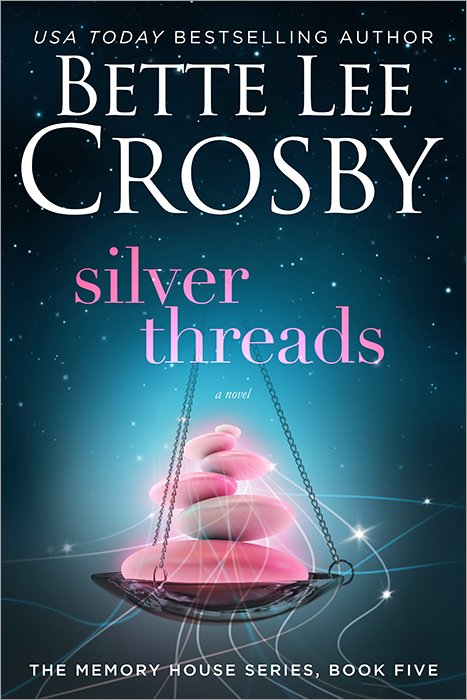 A few were the dark gray of sorrow, but most were a pale blush color. The largest stone was the rose hue of a sunrise. That one would be placed on the scale the day she married Drew Bishop. Even more brilliant but a wee bit smaller was the pink stone glistening with specs of silver. That one would bring Jennifer a baby girl named Brooke.

The Keeper of the Scale smiled. Seeing such happiness laid out before him was pleasing to his eye. Since the beginning of time, he and he alone has been challenged with the task of keeping each person's scale in balance. A bit of happiness and then a small stone of sorrow, until the lives he has in his charge are measured evenly.

You might think such power is universal, but it is not. There are silver threads that crisscross the landscape of scales and connect strangers to one another. Not even the Keeper of the Scale can control the events traveling through those threads; the only thing he can do is try to equalize the balance once it has been thrown off. There is nothing more he can do for Jennifer; now he must find the thread that leads to Drew if he is to have the love he deserves.

Author of the Madrona Island Series

“Silver Threads is a compelling and emotional story about fate, choice, and the balance of life.”
Jersey Girl Book Reviews