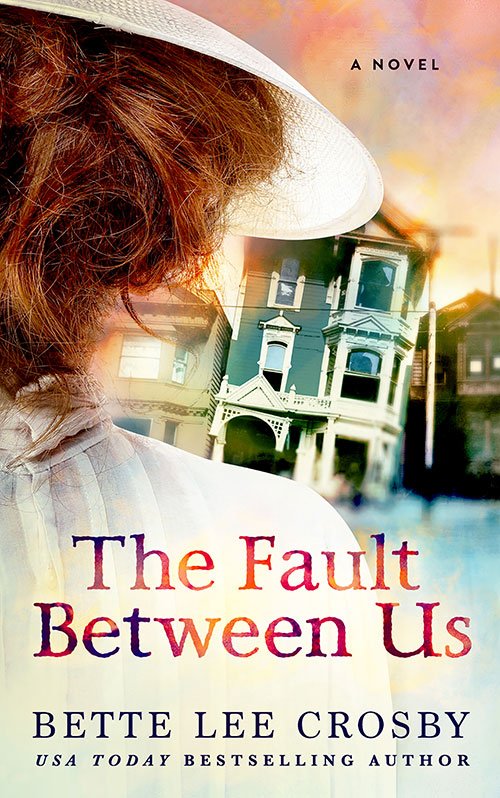 With the city in flames and lines of communication down, Templeton’s daddy leaves Philadelphia and sets out in search of his son-in-law. He’s too old for such a trip and ill-equipped for the challenges he will encounter, but he’s the only hope of saving his daughter’s happiness.

“Crosby brings historic San Francisco beautifully to life in The Fault Between Us. Richly layered with period detail. The tale of a young woman faced with a seemingly impossible choice between the career she wants and the man she loves.”
Barbara Davis, Bestselling author of The Keeper of Happy Endings

“Crosby is a born storyteller who vividly describes the events and characters in amazing detail. I. I loved everything about this novel! Highly recommended for all readers.”

“In her imitable style Crosby has written The Fault Between Us as though she is next to you whispering in your ear—and you will hang on her every word.”

“Another sensational book by one of my all-time favorite authors. Crosby never disappoints but this time she went over and above.”